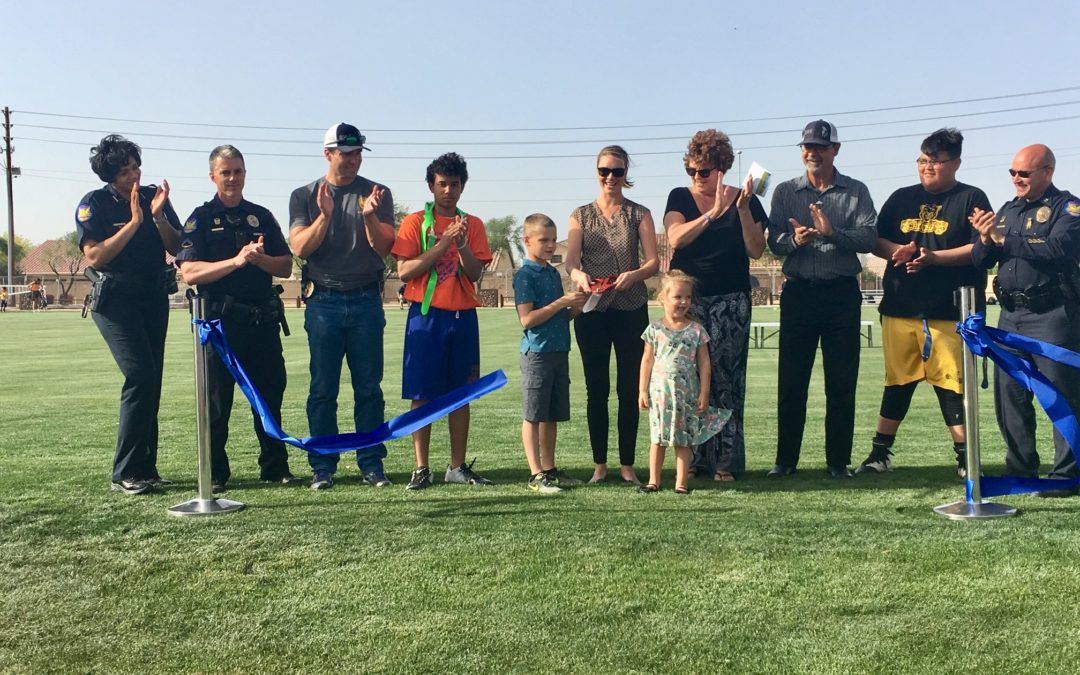 Officer David Glasser believed in the benefits of playing sports, so it’s fitting that an athletic complex would be named after him.  On April 12th,  we honored his memory at the dedication ceremony of the David Glasser Athletic Complex in Laveen.

During the ceremony his wife Kristen spoke about how she is grateful that David is being honored in the community that he served, and that there is a place for her to bring their children to show that his service and the service of the officers that still serve are appreciated, supported and honored.

Immediately following the dedication, the Championship game for the Laveen Schools flag footballleague was played on the field. 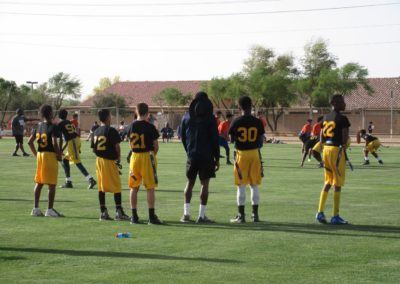 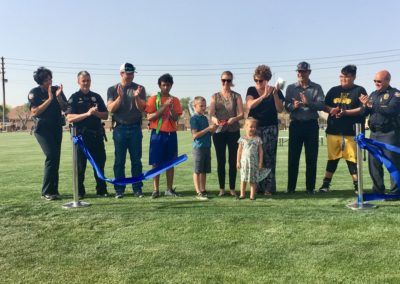 Learn more about how to make a one time donation or become a monthly supporter.